How many apps do you have on your phone? If you are like me you have apps for banking, social media, music, sports and of course fishing. Over the past few weeks I have been using three fishing-focused apps; NetFish, FishBrain, and Fishidy.

All three of them have some similarities and all have cool features that allow you to find fishing locations, share pictures and more. I really do not want to invest my time in all three and put together a comparison of these three apps to see which one I should focus on. Again, they are all pretty cool, but I do not want to log catches into three different apps each time I catch a fish.

Setup
I downloaded all three apps for my Samsung Galaxy S7 and signed up and created an account for all three of them back to back to back, so it was sort of a blur, but there are some things that stood out.

NetFish – This was easy to setup and allowed a quick signup with just a few questions, then I was able to go into my account and add personal information and preferences. 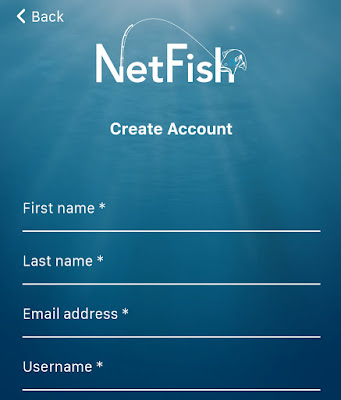 FishBrain – I liked this one because it also allowed me to connect to my Google+ account, making it much faster to connect to my Android and Gmail accounts. It was also cool how it immediately showed me which of my Facebook “friends” were on the app and I was now instantly following 285 fishing friends. One major negative was it immediately wanted me to sign up for the premium account, which, like it sounds, costs money. I click “Start Free Trial” and it brought me to the Google Play payment page. Sorry, not paying or connecting payment for an app I haven’t used yet.

Fishidy – Another simple process, I connected to my Facebook page and off I went. 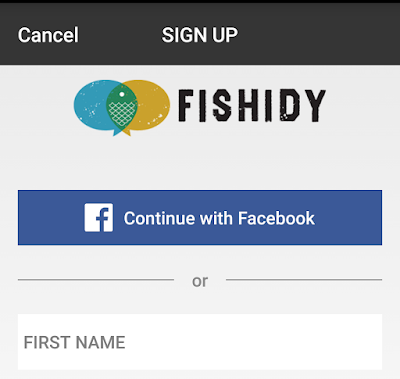 I liked the signup process for all three but did not like being sold to right away on the FishBrain app.

Ease of Use
All three of the apps are simple to use if you are familiar with smartphone apps and social media. I already included the setup and have found that each operates very similar to each other.

NetFish – This app is simple to scroll through your feed, fishing nearby and discussions. No real issue here, it is easy to operate and log catches. I did like how you can add bait type, rod, and reel used, etc. This is nice to be able to add to the basics like fish length and weight. 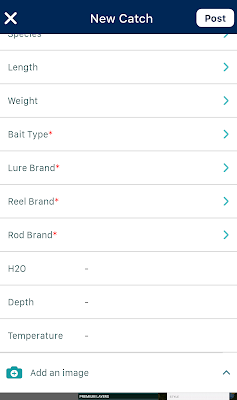 Fishbrain – This is also easy to navigate. The top icons allow you to see the map, fishing forecast, and log catches. It also allows you to select lure used and has a fish identification tool in case you weren’t sure what you caught.

Fishidy – Another easy app to use. It lets you use species, lure, depth and more. It did not have as many options for catch details, but the conditions page was good.

Extra Features
Beyond the simple social media aspect and looking for new spots, a few of the apps had some nice extra features that the others did not. NetFish, for instance, has recipes for many different species and it also shows wine and beer pairings. I liked this feature! 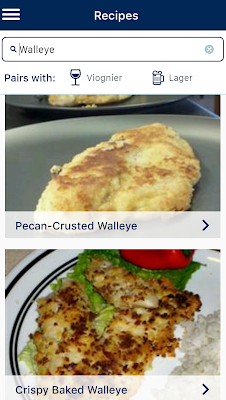 You can also earn rewards from NetFish that you can redeem for rods, reels and gift cards. It is pretty straightforward for earning points and if you are active, you may as well get some type of reward for it. 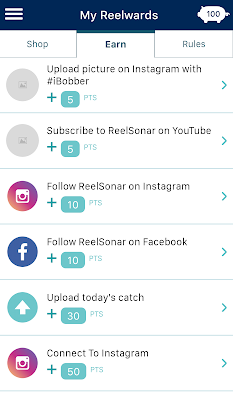 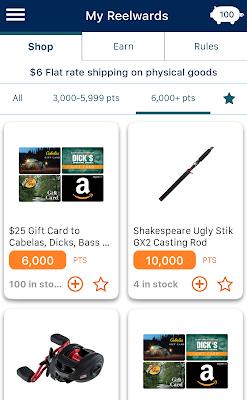 Fishbrain has a fishing forecast for your area, but it is a premium level item so I wasn’t able to see it without paying or signing up for a free trial.


Fishidy allows you to overlay the Fishing Hot Spots mapping, but this is also a paid feature.

The extra features on NetFish really appealed to me and they were all free!

Locating Fishing Spots
One of the best tools for these apps is finding new areas to fish. They all have cool mapping overlays like Google Earth and other tools. The ability to see user data is another cool feature to help find new places to fish. 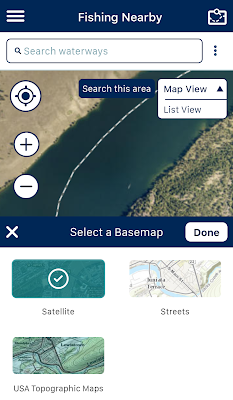 Recently, I was on a trip to Minnesota and had never been to the area and wanted to see how the fishing would be. It was great using the apps to find out what to expect and pick up a few new spots. Here are my thoughts on the three apps.

Fishbrain – This had a nice overlay of the area, but said I needed to subscribe to “Unlock 15 Catch Positions” 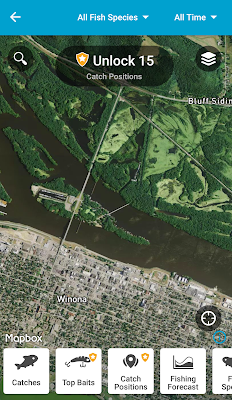 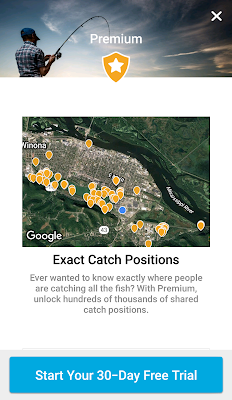 Fishidy – There were tons of places marked and even some contours for a small lake near where I was. This was a nice feature. I clicked a few of the icons and saw pictures and information on fish catches. 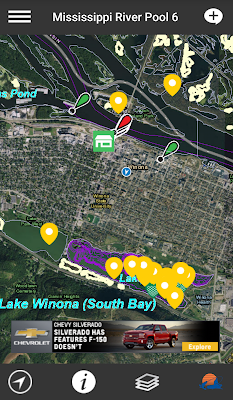 NetFish – Like Fishidy, it has some information on the lake near where I was. I clicked each of the tabs and saw lake details, where to fish, fishing times and suggested fishing tips. These were all awesome features and didn't cost money to see it. 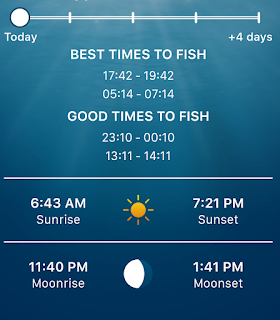 The data NetFish uses is from many sources and a specific algorithm instead of just user data. User data is fine until you see what I saw while using one of the other apps, a trout marked as a largemouth bass. Not sure how much you can trust all user data.


Overall, the three apps are each cool in their own way. I like the features and locating new fishing spots from NetFish, I like the ease of use of Fishidy. If I had to pick one it would be between these two, as FishBrain was constantly pushing the premium option. Between the NetFish and Fishidy apps, I am going to stick with NetFish. Tons of features, very easy to use and best of all, it is all free.